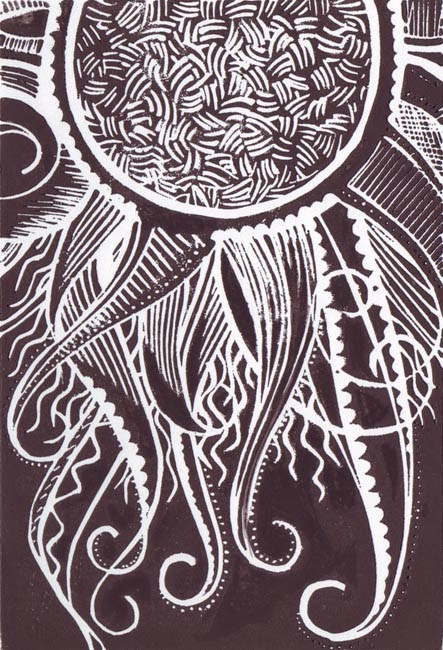 I'm too familiar with this word for the week.  I came home from work the other day feeling like I had worked a month of Mondays and felt like I had to unclamp every muscle in my body in order to sit down and pet the dog.

Since out there is stressful, I've been improving my habitat lately and decided to get new living room curtains.  I wanted a floral, white and green and summery.  It seemed so obviously attainable, it didn't occur to me that stores wouldn't have them.  In the end I bought a paisley, but the tops weren't right, and the length was too long.  I dragged out the sewing machine.

I made the curtains what I wanted them to be, which involved all sorts of things that I don't do: ironing, pinning, sewing... and the curtains turned out to be a lot like the old ones, but I'm happier. 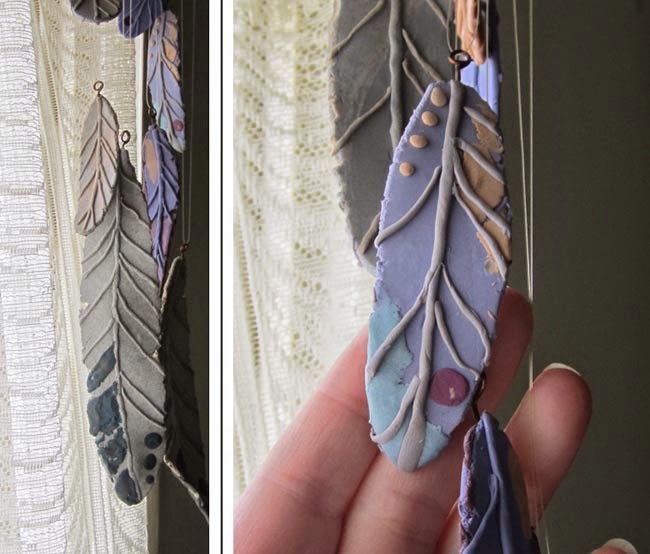 I made Sculpey flowers and pinned them on, and put Grandpa's bells on the tie-back.  I ran Sculpey through a pasta machine and made feathers too.  (Not to be confused with my previous Sculpey feathers.)  It's a whole lot of nothing for nothing, and the kind of thing I get into.  It's my world, my space, and I can do whatever I want in it -- and sometimes that's really necessary when the world makes me too tense to pet the dog. 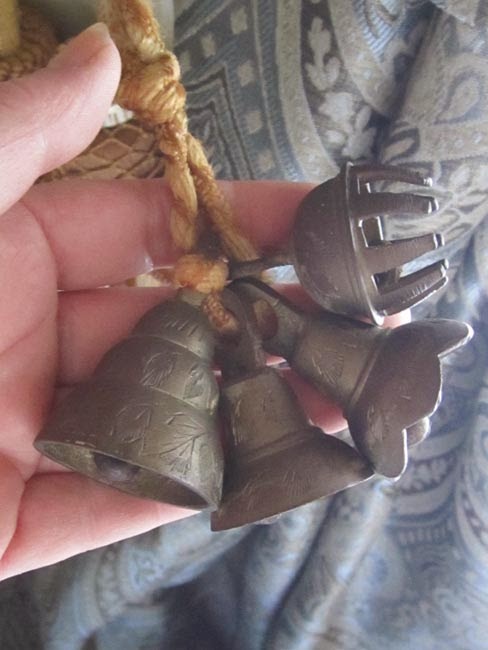 I've been continuing with my linoleum blocks too.  This sun was just fun for fun.  I don't have any plans for it.  Some day I'll be tired of looking at Sculpey flowers and feathers and they'll go to the basement.  I don't know if anyone else will ever want them, and the bother of trying to sell them takes away from my fun in creation.  Sometimes I wonder if my relatives will throw all of it away when I die, and what's the point of any of it.  Sometimes I can go too far into the whole existential philosophy of why bother with anything at all?  Maybe I should mention that I went to another funeral this week.  That kind of thing spurs existential angst. 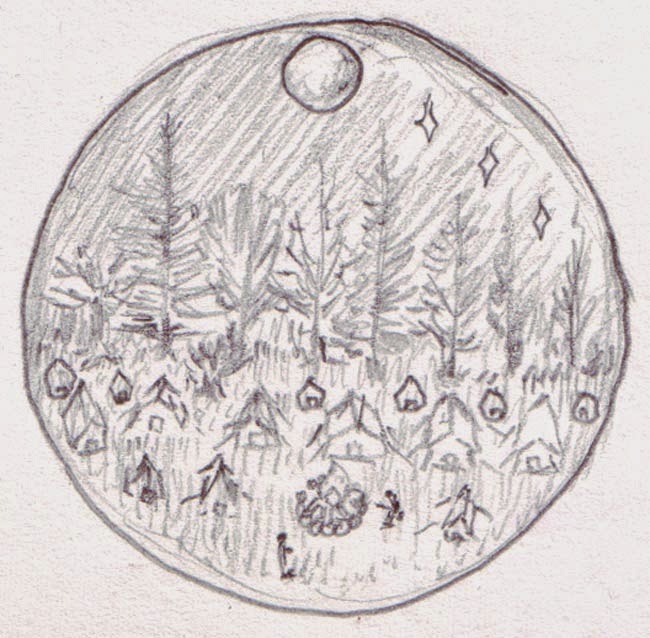 I told my brother the word for the week is "tense".  He drew tents in a military encampment.  I observed that his tiny 1 1/2" drawing didn't really show the tents well enough so he provided the enlargement detail.

Making stuff is one of the ways I deal with life.  Some people cook, knit, or make furniture in the garage.  It's good to bring something new into the world.  I know other coping skills too, like watching ripples on the river or waves in the ocean, meditating, reading, tv, planting something in the garden.  Whatever feels good to us is what we should do unless it goes against someone else's happiness.

Sometimes we all get to the point where we feel like lashing out and taking our frustrations out on someone else.  It's better to make stuff and think out better solutions to our problems.  Sometimes I need to remind myself of that and pet the dog. 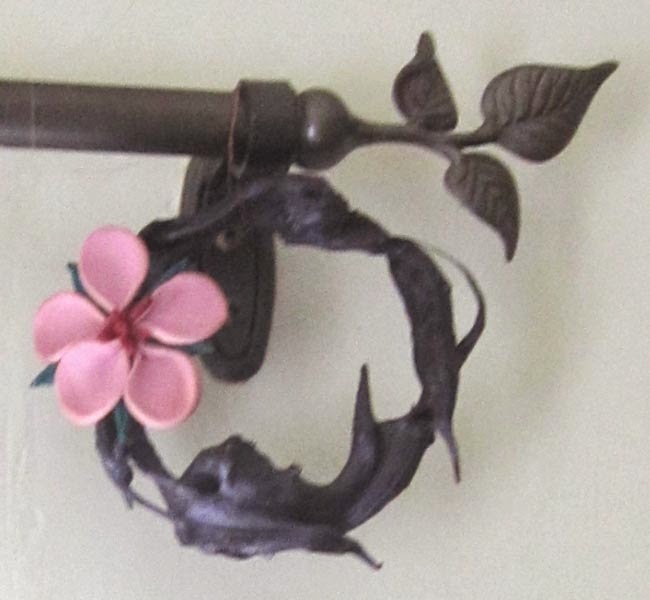