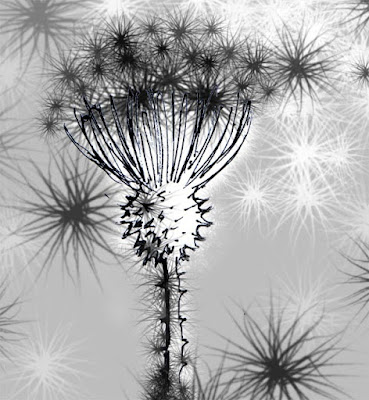 I managed more than 1/2 of the Inktober list which is more than I've managed previously so I'm counting it a victory.  Congrats to everyone who played!  Are we all more creative and disciplined now?

I always remember my great grandpa's advice, "To keep your brain you have to use your brain!".  His was working great even in his late 90s.  He learned new words from the dictionary, studied encyclopedias, read the Bible, and happily debated anyone who'd indulge him.  I adored him.  I snuggled against him, held his hand, and listened to anything he wanted to teach me.

I don't know if Great Grandpa was right about fighting senility.  Maybe?  Probably?  What I know for sure is there was a long period of my life where I wasn't very mentally challenged.  My friends talked a lot about diapers and school schedules.  I spent a lot of time focused on the bumper in front of me in my daily commute to work.  You know, all the basic stuff in life that doesn't really stretch us very much.  I had creative jobs, but even that's routine after a while.  I didn't notice my brain had gotten mushy.

National Public Radio (NPR) has existed since 1970, but I didn't discover it until much later.  Beyond politics, it has hour-long programs on subjects I didn't know about or care about.  One day, a host announced the subject was corn.  He said he didn't know how to fill the show with such a limited topic, yet the following hour was fascinating with history, selective breeding, farming, chemicals... I had no idea I wanted to learn about corn until then, and I was disappointed my friends didn't want to hear about it too.

Corn needs rich soil to grow.  Brains are like that too.  I didn't know my brain was mushy until I dated a guy who actually wanted to talk about the corn program.  It was like someone plugging in the Christmas lights.  Look at all the colors!  Look at all the other interesting things we can learn about and discuss!

My friends eventually got their kids housebroken and quit being sleep-deprived, diaper-obsessed zombies, yet some of them still didn't care about discussing corn or whatever topic was interesting me at the moment.  That's okay.  They laugh at me and we bond over other things.  I had room in my life for more friends who do enjoy NPR topics.

I thought my brain was safe from mushiness until my boss died several years ago and I had to instantly learn how to do her job which included math I hadn't considered since I was in school.  I had to learn computer programs.  My brain hurt, I mean literally.  It actually hurt.  I think it was shorting out and I was the sleep-deprived zombie.  I self-pityingly repeated Great Grandpa's maxim in my mind as I fought senility with math.  I realized that while all learning is good, learning new things in new ways is even better.

The point is we aren't set in stone unless we want to be fossils.  We can teach old dogs new tricks.  We don't have to accept a 3rd grade teacher's assessment of our intelligence as a mandate for our entire lives.  It can be good to make ourselves uncomfortable in order to grow.

I drew the thistle for Inktober's "injury" because I pulled thistles out of my garden without putting on gloves.  Duh!  Clearly, I am not that smart about some things!  I picked thistle slivers out of my hands for a week.  Maybe I've learned to use gloves next time?