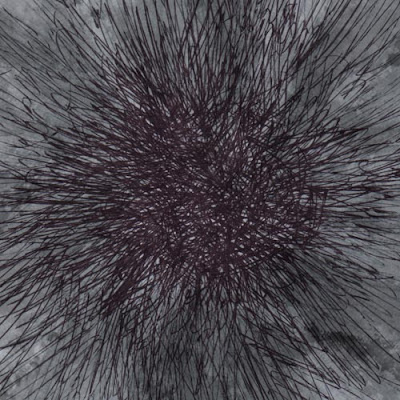 I've been rather busy and haven't had time to labor over Inktober, and in a way, I'm happy about that.  I've scribbled little sketches and released them into the wild instead of fussing over them.  It's kind of liberating and I like the responses I've gotten especially the Rorschach responses to the one above for "dark" -- black hole, sea anemone, porcupine, Trump's stomach...  I don't have perfect attendance on this challenge, but I'm counting it as a success to have done about half of the word list.

I know I'm not the only one to struggle with perfectionism.  I try to remind myself of a past creative director's advice, "Don't make it perfect.  People don't like perfect!"  So true, but it kind of feels like having a wardrobe misfunction when we let people see our flaws.  Yet as I told that CD, "But I'm so much better than I used to be!"  I want points for personal growth!

In any case, since I have too many words from Inktober, and no new words from IF, I'll just let you look at my month of scribbles...

I sent this bit of minimalism to my fellow cheesecake loving friend for "tasty"... 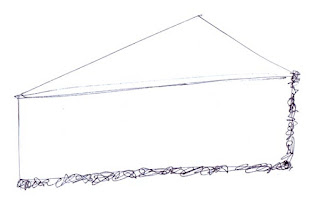 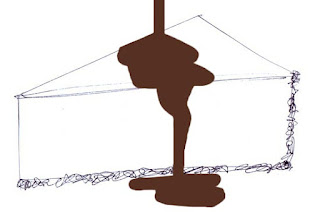 See, it's all fun.  You can play too.  Go to Inktober's site here for more info. 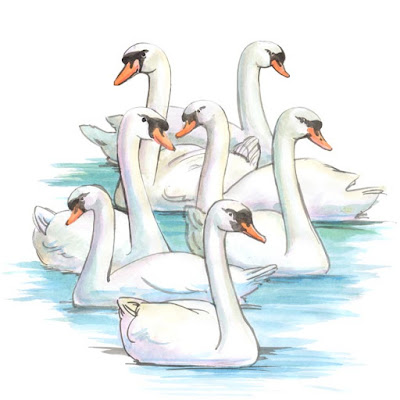 I started writing a post last week, complaining about being responsible, irritated I wasn't off partying when I had a perfectly lovely invite to NY.  The US president, Turkey, Putin, and Saudi Arabia were giving me migraines.  I was annoyed IF didn't give a new word.

I threw up my hands, made a quick call, packed my bag in minutes, and left my aggravations at home.  I'm pretty sure it was one of my better decisions even though my deadlines look a lot worse this week.  What's the point of living if everything we do is responsible? 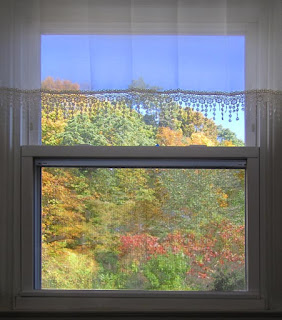 The leaves between here and there are starting to turn.  I'm sure the drive would be even prettier next week, but it was pretty enough.  I ate a hearty breakfast with my friend and admired the view from the cafe window.  I took her dog for a walk and shot photos of apples just because.  I woke to the sound of Lake Chautauqua lapping at the shore just outside the bedroom window and heard the birds calling.  I quit thinking about deadlines.  Mostly.  I vented my frustrations of world affairs with like-minded people, drank wine, and enjoyed a BBQ. 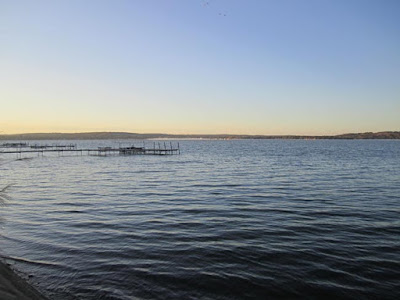 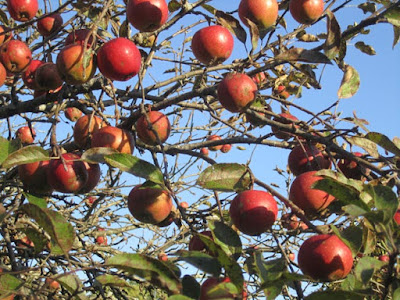 My friend suggested a trip to Roger Tory Peterson Instituteof Natural History.  I was only mildly interested in going.  I grew up with Peterson's field guides; Dad and I used them all the time to identify the wildlife that surrounded us in the woods.  I just didn't think of Peterson's work as very exciting.  It's anatomically correct images s of the minute differences between birds and such.  Important, but kind of boring. 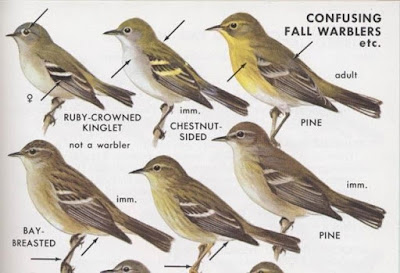 To be fair, I was right about my expectations on the 2nd floor of the museum.  It's full of carefully painted, perfect variations of birds.  The ground floor far exceeded my expectations.  Peterson painted much more than his field guides.  One painting shows a dragonfly carrying off a hummingbird.  I loved a painting of a majestic golden eagle, oh wait, I love the next painting more! 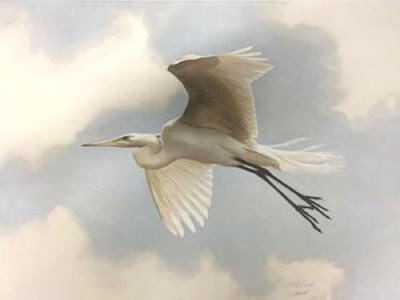 There is also a current exhibit of Guy Coheleach's art which I also greatly enjoyed.  I turned a corner and felt my heart leap at a fish painting.  Awesome, lovely, how did he do that?!  I peered at his paintings with the full intent of stealing, em, being inspired by, some of his techniques.  I happily pointed out various paintings by both artists to my friend with the suggestion that any of these would make great presents to me.

I wandered the halls and felt happy in a way I haven't felt in quite a while.  The RTP Institute is devoted to natural history and art, 2 topics very close to my heart.  The pretty building is nestled in the woods.  I was with a dear friend and a teenage girl who was wide open to the experience.  The guy who tended the museum is a doppelganger of my recently deceased friend, with the same kind of Labrador friendly attitude.  We chatted over a tank of Hellbenders and he affectionately told us all about these endangered giant salamanders and even posed for a picture so we had evidence of his spitting image to Danny (which I unfortunately don't have as it's on my friend's phone).

Lesson for the week: when invited to do fun things, go.  Some responsibilities can wait. 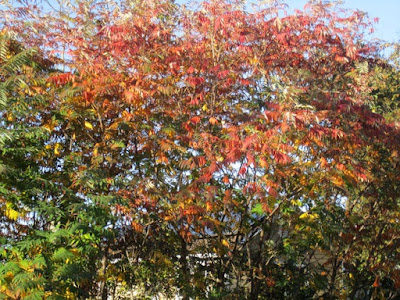 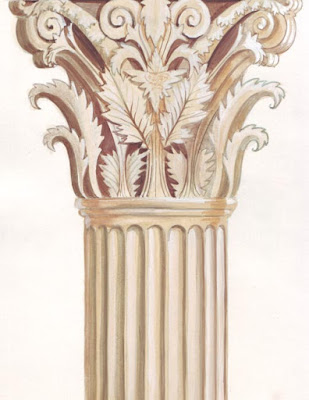 The other day a friend called and asked for help raking leaves.  I warned him I was in shorts and he joked about my marble legs seeing daylight, asking what kind of columns my legs were.  I promptly replied, "Doric".  He laughed and said, "I thought so!"  I laughed because he understood my answer even though he didn't suffer through 4 years of art history classes in college.  Ah yes, nerd humor.

Every year I look on with interest at other people's submissions for Inktober.  I keep meaning to do something for it, and then, well...  Okay, I procrastinate and make excuses.  Yesterday, I found a pen on my desk I kind of like.  IF was days late with the weekly word, I saw the Inktober list, and the universe collided into actual action.  I'll sum up my expensive college understanding of Greek columns for both IF's "History" and Inktober's "Ancient". 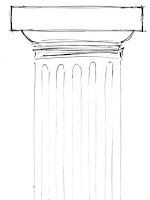 The first "order" is Doric.  This is the simplest style with a square on top of the column. 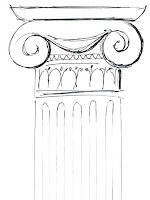 The second order is Ionic.  This style is recognized by the big scrolls at the top. 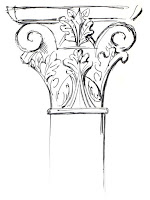 The third order is Corinthian.  This is the fanciest style with leaves and other decoration.

Really, do you need to know any more than that about Greek architecture?  Yeah, you can learn more about their buildings, but I think this is all I've needed to keep in my long-term memory.  These styles were taken by the Romans and many other cultures.  The US uses them extensively in government buildings as a way to harken back to the first efforts at democracy with the hope for the timelessness and solidity of that ancient realm.

Part of me really wants to write about current political events in the US.  Another part of myself is screaming at myself to shut up about it.  Just let things play out and hope for the best.  Maybe the only real answer is to let a little of this leak out in this post?

We're living in history right now.  The president will be impeached.  That's a foregone conclusion because the House of Representatives has the numbers and intention to do it.  Then the matter will go to the Senate who has the duty to decide whether or not to evict the president from the White House.  The Senate is ruled by the president's party, so actually firing him is probably unlikely, but it could happen depending on what comes up during the trial.  I feel like I'm reliving my childhood during Nixon's impeachment.  I can't stop watching today's news just like I obsessively watched it back then.  I'm really tired of reality TV and wish for a calmer political climate.

I'm also very taken by Greta Thunberg, the Swedish teenager who passionately spoke to the United Nations about climate change.  She's right about it all.  The world leaders bicker about stupid stuff and don't seem to actually do the things they need to do to protect our world.  This too is our living history.  If something doesn't change I don't know if there will be anyone left to read about it in the future.  I wish her success in her mission and hope.

I don't know if I'll be diligent with more Inktober drawings.  I'll give it a try.  People of all levels of ability participate.  If you'd like to play, go to the site here.
Posted by Linda Hensley at 9:40 AM 16 comments: