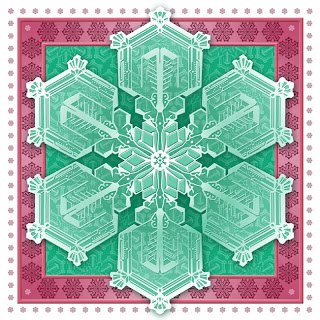 As I huddle next to my space heater and peer at the computer screen through bleary, sleep-deprived eyes and type with slightly frost-bitten fingers, “highlight” holds a certain amount of irony while I wait for the furnace guy to call and explain why my furnace sounds like a jet flying through the house. The woman at the 24-hour phone service asked, “Is it an emergency?” In other words, do you want to pay triple to wake up the poor guy who actually fixes furnaces? “No.” Sigh. That was many hours ago. I’m starting to rethink “emergency”. It is winter after all. Maybe the “highlight” is that the temperature has worked its way up to 45F outside, which is actually rather balmy for this time of year.

I had a disagreement once with my sister about optimists vs. pessimists. My position is that all pain is temporary and it’s better to look towards future good when things aren’t going well. My sister said it’s better to always look at the down side of things because then you’re never unpleasantly surprised. In this case, she wouldn’t be surprised about a roaring furnace, but her resulting happiness would only be in being right about potential furnace disasters. That doesn’t seem very helpful when I’m cold and don’t want to hear anyone rubbing it in. Wait… extra friction might create some warmth?

When I visited California, my host apologized for the “bad weather”. Huh? I looked around at the blue ocean, the handful of puffy clouds slowly drifting across the clear sky, and wondered where the “bad” was hiding. He moaned that it was “so overcast”, and I laughed. My friend Korki recently said it was a good day because she “almost saw blue”. Yeah! Toughen up California boy! People in Ohio actually live longer than you people with reliably pleasant weather. Of course we might have a heart attack digging snow out of our driveways, but at least that’s a quick death instead of your prolonged skin cancer. Yep, I prefer looking for positives.

Of course I can get down just like anyone else. In fact, I can get somewhat more down because I’m a competitive perfectionist. Why experience a simple down when you can experience exquisite misery? Obviously you’re just not trying hard enough. On the other hand, how can I be anything less than grateful that the furnace broke on a Friday instead of on the weekend when the repair guy wants to party on New Year’s Eve and charges holiday rates on top of weekend rates? I’m glad that my furnace problems happened in 2011 instead of bringing unpleasantness into the new year. I’m glad my brother Pete gave me some beautifully split firewood. It’s all a matter of perspective.

I often think the pessimists have me outnumbered. How many people are waiting for the world to end in 2012 because the Mayans quit filling in their calendar? Church people love to predict disasters too. “Do what we say or bad things will happen!” I mean really, what’s worse than perpetual hell? Why not focus on the promise of perpetual heaven? A lot of people listen to the negative rants by politicians too, which is why we end up having wars and doing a lot of other stupid things, but they always seem to be looking in the wrong directions. Why get riled up because some people are gay? Isn’t that the gay people’s problem if it’s actually a problem for anyone? Let’s talk about pollution instead which we can prove causes cancer and other unpleasant and preventable problems. Of course the longer I sit in the cold, the more negative things I’ll probably think about. At least I’ve got a home and a warm puppy, which is more than a lot of people. Sometimes we all need a reminder to be grateful for what we have.

I like making snowflakes. I liked cutting them out of construction paper when I was in elementary school, and I like drawing them in PhotoShop. I used bevel/emboss just to highlight the highlight theme. I don’t know why I picked these colors. They seem illogical, but seemed logical in the cold.